skip to main | skip to sidebar

Technorati Profile
Posted by Geoff Gilson at 7:20 AM No comments: 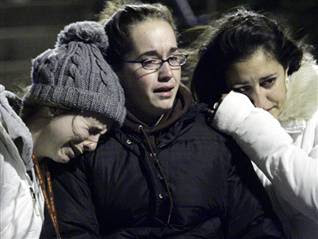 Today, we are all Hokies.

No sentient human being can watch the images of despair on the TV news, and not feel the pain of everyone at Virginia Tech, and in the small supporting township of Blacksburg, Virginia.

But we must also wonder, in confusion, what has become of our country. What on earth made this happen? What did we do that was so wrong that it could bring this to pass?

I can remember the Sixties like they were yesterday.

At home, America seemed to be a land of plenty. And Americans sought to carry that good feeling to new frontiers around the globe.

My father was a part of that crusade. Which is how I ended up being born and bred in England, even though my family had made the initial journey to America with the rest of the pilgrims, on the Mayflower.

My dad helped to introduce the American Express card to all points north and south, on the other side of the Atlantic - in Europe, the Middle East and in Africa.

It's difficult to conceive of a time when such capitalist artifacts were not commonplace around the world. But it was an era of adventure, heralded by John Kennedy's rousing words from the steps of the Capitol in Washington.

And then it all went wrong.

Assassinations. Vietnam. Watergate. A loss of innocence. A loss of pride. The adventure just crumbling away. I spent my teenage years in Europe avoiding the graffiti on the walls calling for all Yanks to go home.

When you believe that your excessive bonhomie and good fortune are impenetrable, and that you are welcome wherever you go, it's a mind-shock to discover that you're vulnerable after all, and that your neighbors were just waiting for you to fall over.

America withdrew into itself. It dropped all pretence of genuine altruism, and turned instead to self-gratification.

Ambition and greed were the driving forces at home, and where before America had prided itself on its spirit of outgoing generosity and charity when dealing with the rest of the world, now it was determined only to ensure that none got in its way.

The 'me' generations took over. Two stock booms. Corporate malfeasance. And a growing disparity between the rich and the poor.

These are the character traits by which America is recognised around the world in the 21st century.

But don't blame just our leaders. We have all cheered and encouraged the development of the society in which we live today.

It is not Congress or our Presidents who made us cynical and selfish. We did that to ourselves.

It is we who encourage the paparazzi, when we rush to buy the latest photo's of celebrity disgrace.

It is we who spend hours each evening delighting in the discomfort and embarrassment of ordinary people on TV reality shows.

It is we who think it is cute to be selfish and mean and intolerant and abusive.

And it is we who have determined that each of us, in our daily lives, will no longer think of what we can do for others, but rather that we should react to every given situation with prototypical Alpha American Attitude.

A wise politician in England once said, you can't legislate feelings.

There is way too much anger and intolerance in America today. But the answer is not to turn our cities and our universities into over-protected fortresses. Or to start another fruitless debate about the right to bear arms.

The answer lies in each of us.

Starting today, we can all make choices about how we act and react. What we watch and read. Whether or not we take the time to help the person we see has fallen by the wayside.

It is not government that will make us a less angry and a more tolerant country. It is each of us making better choices.

The political season is upon us. We will hear much from people telling us that we can be better; that we deserve better.

I say that we are better people - right now. And all we need to prove it is to start being better people in our dealings with our neighbors and our friends.

We deserve to get only that which we are prepared to give.
Posted by Geoff Gilson at 8:34 AM No comments: 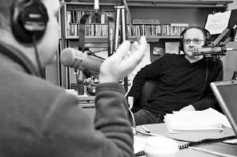 Posted by Geoff Gilson at 3:01 PM No comments: 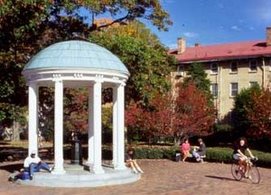 Geoff Gilson
is the host of "the real story," the community talk show which will air on 1360 WCHL 1360, Chapel Hill/Carrboro's (North Carolina) News, Talk and Tar Heels radio station. Geoff asks the tough questions, but with a gentle touch. And he always gets to the real story behind the people, and the real people behind the story. 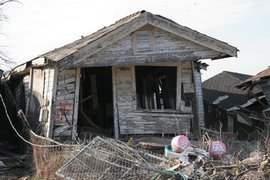